My wood stove is in the basement

I took this photo right after two strong guys brought this stove into my basement. It is now hooked up and running…I had my first good fire in it last weekend.

It took a couple of hours, but the house warmed right up except for the bedrooms, which I don’t care about during the day. It’s in the basement at the bottom of the stairs and situated under the living room. So I leave the basement door open and the heat comes up through the floor as well.
I am relieved to have the alternate heat source – and I have a new grill sitting on the deck, both of which will come in handy in the event of a bad storm.

Last year my neighbor and I (I am in a duplex) melted snow on top of her stove to use for flushing toilets during the 8 days we were without electricity. I also used her stove to heat the soups and food thawing out in my big freezer (I lost a lot of it).

New wood stoves are very expensive, so I went the used route. And I learned some lessons.

I bought this one (an All Nighter) for $450. Paid the guys who went to pick it up -about 30 minutes from my house-, bring it here and slide it down the sloping back yard into the basement (what a job!) $100. Oh and the stove pipe and install was $70 for the pipe and $20 for the install. Then I discovered that I needed fire brick for the inside since most of it was broken and missing (the guy who sold it to me said it wasn’t necessary to have brick- what did I know). But I found out that without bricks, the stove could warp if it gets too hot. 2 boxes of fire brick cost $70 and $50 to install it. So my total output for the used stove was $760.

I still made out well since new stoves – small ones – are around $900 and thats not including delivery and installing. And my stove is big.

I also just found out about a new kind of burning material – sawdust compressed logs of some kind. I went by the fireplace store in Hillsborough “The Heat is On” and the guy there gave me some to try. He said they can be burned in place of wood. Anyone heard of these? They break apart and can be used as fire starters too, which is what I will use my little pieces for. By the way, now that I don’t need a stove I have found that he sells consignments and new stoves. If you live in the southern NH area and need a stove, check out his little place in Hillsborough.

***WHAT’S THE BEST KIND OF wood to BURN? Check out this chart.

2 thoughts on “The Cost of a Used Wood Stove” 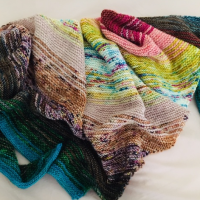