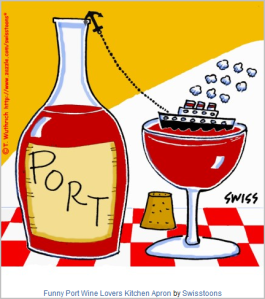 I would like you to meet Tom, my friend “Swisstoons”.
Long ago, in 2007, I began working at Zazzle.com. I think I worked for two or three months and then got a paycheck for around $25 but I liked the idea of adding my photos and artwork to products and selling them in my own online “store”. At the time I knew nothing about the internet, working online, html, SEO, keywords or any of that but I plugged along trying to learn all I could because I needed money. I really needed money. I had just lost everything and had a 10 year old, lived in an unfamiliar place without any family or friends to help me out, and I was determined to make my online work give me a decent income. Over 3 years later, I am achieving my goal. But I digress.

I had found a lot of nice people who were also trying to glean some income from working at the Zazzle site and many of us were trying to figure things out. Truthfully, most of them knew lots more than I did, and they were kind enough to give me pointers, but Tom was close to being in the same boat as me when it came to internet knowledge. He’s an older guy (his bio says he’s 103) and like many of us “older” people, the internet was not a part of our everyday lives. So we began e-mailing back and forth and helping each other out and sharing a bit of our lives.

Tom is an interesting guy who was a professional cartoonist for many prominent magazines.   My kids used to get “Highlights” magazine years ago and I was an avid “Reader’s Digest” reader and I’ll bet I’ve read some of his “toons” in the past.  He has a bunch of stores at Zazzle, I don’t think he even knows how many (ha), but his main store is “Swisstoons” and it’s full of his fun and funny art.  He likes to have fun with food and calls that humor “laftovers”.  He has a turkey that reads a book called “Dressing for Success” and a lady shopper stocking her grocery cart with “junkfood helper”, “sugar burgers” and “bits o’ suet”.  I also love his flowers like the “wildflower” who is locked in a cage, and the flower in a vase who asks her friend, “Does this vase make my bud look big?”  Those are part of his “best buds” series. I really love the expressions he puts on the faces of his characters.  He always seems to get it just right.

During all this time of talking back and forth we have found that we think alike politically and enjoy some of the same shows.  He is the one who got me hooked on watching old “The Office” reruns.  Occasionally he will send me a link to an old movie and I’ll end up spending my Sunday afternoon watching it.  I trust his judgment on those types of things so I always get hooked.

He believes in astrology and has written a fascinating page about it at Squidoo.  We often discuss what we are making for supper and I would love to try one of his healthy “big cookies” that he is always bragging about making.  I always find him re-tweeting my tweets and promoting some of my things on StumbleUpon – thanks Tom!  Did I mention that he is a faithful reader of my blog as well?  Yes, he reads this boring blog and leaves comments regularly.

When our Zazzle stores begin to slide sales-wise we encourage each other to keep going because we know by experience that selling has it’s ups and downs.  It’s nice to know I am not alone in my confusion about the internet, but partly because of him I have stuck it out and we continue to muddle through as internet friends.

Here are some of my favorite toons by Swisstoons (they are available on many items in his store):

2 thoughts on “Meet My Friend Swisstoons”